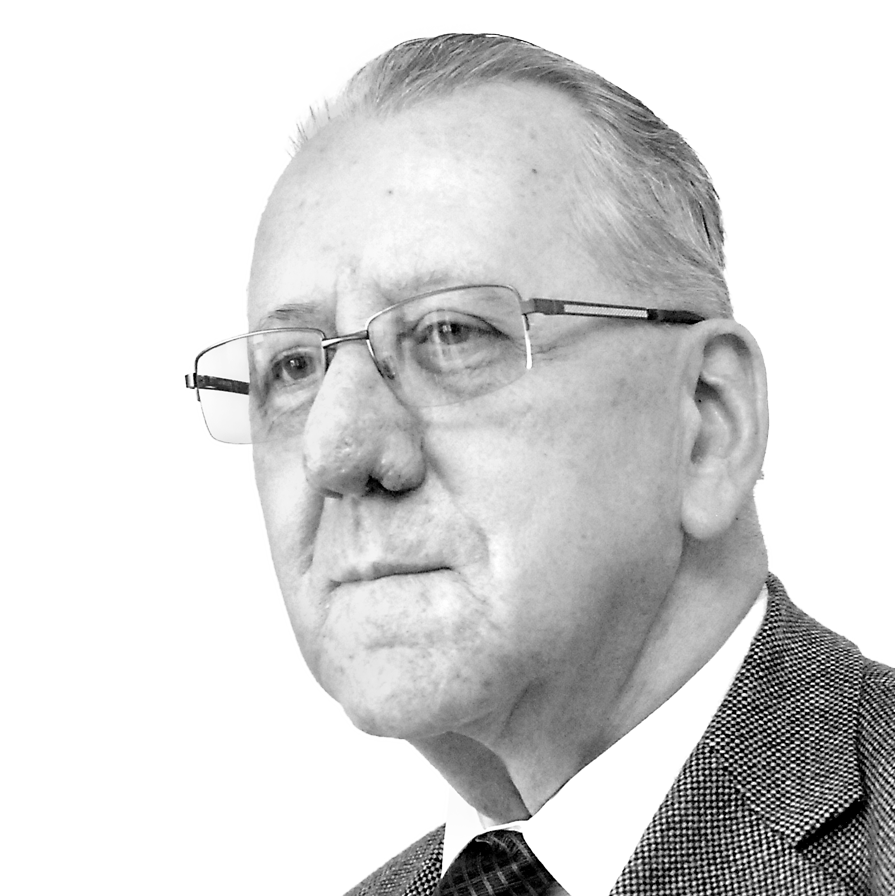 Jenő Sólyom studied physics at the Eötvös Lorand University from 1959 to 1964. After graduation… (more)

Jenő Sólyom studied physics at the Eötvös Lorand University from 1959 to 1964. After graduation he started to work at the Central Research Institute for Physics of the Hungarian Academy of Sciences, a predecessor of the Wigner Research Center, where he is now professor emeritus. He was visiting professor at the University of Illinois Urbana-Champaign and at the Université de Lausanne, and worked for many years at the Laue-Langevin Institute in Grenoble. He is part-time professor at the Eötvös Lorand University since 1992. He is an ordinary member of the Hungarian Academy of Sciences. His main research interest is solid state theory. For his achievements in this field, he was awarded the Széchenyi Prize. Presently he is the president of the Roland Eötvös Physical Society.

On the occasion of the 100th anniversary of the death of Roland Eötvös (Buda, July 27, 1848 – Budapest, April 8, 1919), commemorated in association with UNESCO, an eventful Commemorative Year is taking place throughout 2019, initiated by professional associations (such as the Eötvös Loránd Physical Society, and the Association of Hungarian Geophysicists) and institutions (Eötvös Loránd University, Hungarian Academy of Sciences etc.), and supported by the Hungarian Government.  Eötvös’ scientific results in modern physics are still valid and fundamental; at the same time in earth sciences they represent an international cohesive force, originating from his studies in the Carpathian Basin. His attitude to research (searching for true and deep relationships) and his human greatness (e.g. devotion, directness, honesty, foresight) makes him an ideal example for all of us today. Events, news and documents of the Commemorative Year (including, among others, original papers and digitally converted stereoscopic photos by Roland Eötvös) are published on the eotvos100.hu website. Great moments at related international conferences (Eötvös 100 exhibition at the EGU Assembly in Vienna, EAGE in London, IUGG Centenary Assembly in Montreal, FKK 2019 in Tihany, GIREP 2019 in Budapest, IOAA in Keszthely-Hévíz) and other events (Exhibition of stereoscopic photos made by Roland Eötvös between 1875 and 1915 in the Dolomites (Toblach/Dobbiacio, South Tyrol)) are recalled. The final event of the Roland Eötvös Commemorative Competition for secondary school students is held at the Academy on 23 November 2019, the closing day of the World Science Forum.

Book launch: The Eötvös experiment in its historical framework Sólyom J., Dávid G. Loránd Eötvös' most famous work was written in German and submitted to the Beneke competition of the University of Göttingen under the motto „Ars longa, vita brevis”. It received the Beneke prize in 1909 but was only published in 1922 by his co-workers Dezső Pekár and Jenő Fekete with the title „Beiträge zum Gesetze der Proportionalität von Trägheit und Gravität”. Its hand-written draft was thought lost for a long time. In 2015, it was listed on the Memory of the World International Register of the UNESCO. The paper, completed with Eötvös’ original text, missing from the 1922 publication, has now been published in a historical framework, both in English and Hungarian. The volume includes the copy and transcript of the handwritten draft of Eötvös, his first 1890 publication on the subject, and the official evaluation of the Beneke committee. Finally, it includes the correspondence between Eötvös and Einstein.