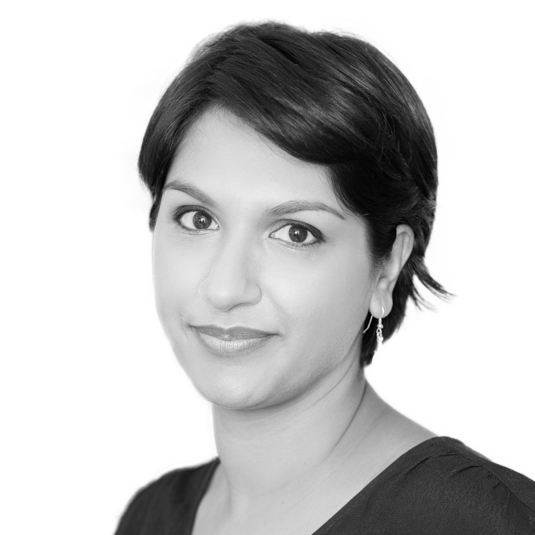 British journalist, author and broadcaster Angela Saini has helped change the way people think about science by exploring the boundaries between science, culture, history and politics. Her first book Geek Nation, published by Hodder in 2011, was a travelogue through Indian science. Inferior: How Science Got Women Wrong, published by Fourth Estate in 2017, was a critically-acclaimed account of how science has failed women because of centuries of entrenched bias and exclusion. It was named Physics World Book of the Year and has been translated into 12 languages. Her most recent book, Superior: The Return of Race Science, was published globally in summer 2019.

Angela is well known for presenting science shows on the BBC, and her writing has appeared across the world, including in New Scientist, the Guardian, The Times, Science, Cell, Wired, Wallpaper, Vogue, GQ, among others. Her work has won numerous awards, including an American Association of the Advancement of Science gold prize, and an Association of British Science Writers Award for best news story. She was named European Science Journalist of the Year by the Euroscience Foundation in 2009.

She has a Masters in Engineering from Oxford University, and has been a Fellow at the Massachusetts Institute of Technology. She is a committed champion for women's and minority rights, regularly giving talks on these subjects.