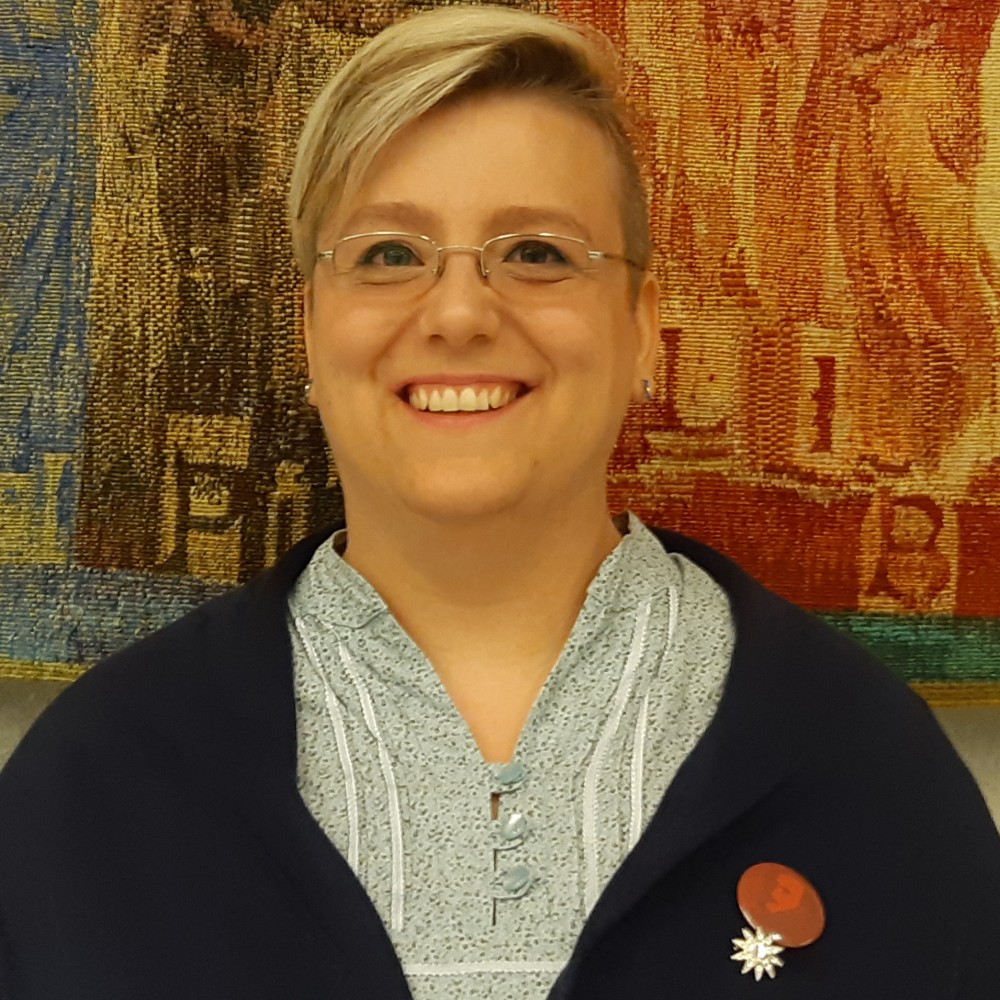 Ágnes Máté is a literary historian, currently working as a research fellow at the Department of… (more)

Ágnes Máté is a founding member of the Hungarian Young Academy.

Abstract:
The discovery of the CRISPR/Cas9 system and the multi-billion biotech industry that it has spawned… (more)

The discovery of the CRISPR/Cas9 system and the multi-billion biotech industry that it has spawned serve like a cautionary tale for all those policy makers who push for a strictly utilitarian view off science. Studying the function of an obscure genomic repeat in a few bacterial genomes was a quintessential basic science paradigm, yet it led to a scientific revolution that paved the way to new therapies, some already in the clinical phase. In merely two decades “CRISPR” and “genome editing” have become household terms and not a single week goes by without news about yet another groundbreaking discovery or planned therapy that is based on this technology. However, as the thematic session about human genome editing at the World Science Forum (WSF) showed us, there are still many practical hurdles that need to be cleared and perhaps even more ethical issues that have to be settled before CRISPR-based therapies will be routinely used.

The first two speakers of the session, Lluis Montoliu (CNB-CSIC, Madrid, Spain) and Anna Veiga (Barcelona Stem Cell Bank, Spain) reminded the audience that while the new technology has been extremely successful in creating disease models in animals, and a few CRISPR-based ex-vivo therapies (affecting somatic cells) have already been approved, well-known problems with this technology make it unlikely that it can be used in heritable, germline genome editing in the near future. Unintended off-target effects and on-target mosaicism might be OK when CRISPR-based technology is applied in laboratory settings, but as He Jiankui’s cavalier experiment last year painfully reminded us, there is too much uncertainty to declare the technology safe for human applications.

An often overlooked question is the scope of human heritable genome editing approaches. Indeed, proponents often have a hard time in justifying the use of the technology as - except for a very few and specific cases - the use of pre-implantation genetic diagnostics (PGD) offers a more straightforward measure to ensure that babies are born disease-free.

As the specter of imminent, widespread human germline genome editing looms, national governments and intergovernmental institutions struggle to come up with a regulatory framework that can serve as a guide for this kind of the research in the coming decades. Jennifer Merchant (Université Panthéon-Assas, France) reminded the audience that different countries will have different priorities and a universal regulatory framework is almost impossible. The Oviedo convention is widely accepted, but its wording is ambiguous when it comes to germline genome editing. Such a fast developing technology ideally needs a flexible legislation, with regular revisions, using inputs from an informed public.

Would such regulation be sufficient to keep genome editing in the medical sphere, or would it be the start of a slow descent into “liberal eugenics”? Margaret Sleebom-Faulkner (University of Sussex, UK) argued for the latter. In her opinion, if we accept human germline genome editing it will be hard to stem the tide of unintended consequences. Once targeted genome editing will seem achievable, it will also become desirable. Companies could start to screen their employees for the secrets in their genomes, prompting parents to do everything they can to ensure that their offspring has the best genetic makeup. Points-based immigration systems could take into account polygenic scores and public healthcare systems with scarce resources could also encourage (or even mandate) DNA testing and corrective genome editing to minimize their expenses. Instrumentalization of humanity might be closer than we would like to think.