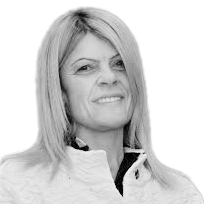 Minister of Science, Government of Montenegro

Sanja Damjanovic, born in Montenegro and a physicist by profession, is presently the Minister of… (more)

Sanja Damjanovic, born in Montenegro and a physicist by profession, is presently the Minister of Science of Montenegro. Following her Diploma in Physics at the University of Belgrade, she continued in 1999 with PhD studies at the Faculty of Physics and Astronomy, Ruprecht-Karls-University Heidelberg, Germany, under the supervision of Prof. Hans J. Specht, former Scientific Director of the German GSI Helmholtz Centre for Heavy Ion Research.  She received her Dr.rer.nat. in Physics in 2002. In 2006 she obtained a CERN Fellowship. Since 1999 she was embedded in international teams and has ever since worked in two large International Organizations, at CERN in Geneva and at GSI-FAIR in Darmstadt, covering both basic and applied research in the field of high-energy nuclear physics. Damjanovic has about 100 publications in refereed journals and conference proceedings. Beyond science, Damjanovic played a key role in initiating an international cooperation agreement between Montenegro and CERN in 2007.

In November 2016 she was appointed as Minister of Science in the Government of Montenegro. Following an initiative by Prof. Herwig Schopper made around the same time, she politically pushed the creation of the ‘South East European International Institute for Sustainable Technologies’ (SEEIIST) from early 2017 onwards to reach its present status of an official joint project of 8 States of the region. The core of the SEEIIST Project is a state-of-the-art ‘Facility for Tumour Therapy and Biomedical Research with Protons and Heavier Ions’. The Project has just entered the Design Study Phase. As of 2018 Damjanovic is the Chairperson of the Intergovernmental Steering Committee of the SEEIIST Project.